The New Superhero Everyone will Remember...
Do you love action packed books or movies such as Marvel Comics, Star Wars, and/or The Matrix just to name a few?
Then here is another name that will be in this group in the near future! The METATRON SERIES eBooks are awesome scifi/fantasy stories that are action & adventure packed?
AND
Get METATRON: The Mystical Blade and/or The Angel Has Risen each for only $0.99!
12.1.16 thru 12.15.16 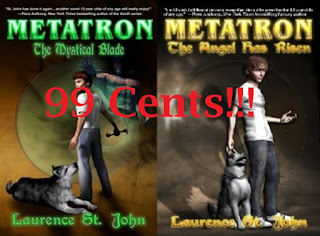 Thirteen-year-old Tyler Thompson is on the verge of becoming a superhero, but he must prove himself so he can earn the remainder of his superpowers and fulfill his destiny.
When his grandfather, Benjamin, is held prisoner at AREA 51, where the eternal powers are presumed to be hidden, Tyler attempts to penetrate the base’s heavy security. However, Dr. Mason Payne, the evil scientist who killed Tyler's father, has insidious plans of his own.
Hunted by an unknown entity, Tyler races against the clock to retrieve the superpowers, rescue his family and help the others who are depending on him. And when all hope seems lost, help comes in a power he didn’t know he possessed—a mysterious weapon known as The Mystical Blade.


The Angel Has Risen

Twelve-year-old Tyler Thompson has a secret: he's not a "normal" boy. After his father's tragic death, Tyler finds himself in one predicament after another, until one day he and his faithful dog Maxx fall into a cesspool of mysterious green goop.
When his grandfather bestows him with an object not from this earth, Tyler soon discovers he has strange powers. Unfortunately, so does the sinister Dr. Payne.
Together with his best friend Lukas, who also has a special ability, and Maxx, Tyler embarks on a journey to put an end to Dr. Payne's evil scheme to control the world's children. To do so, Tyler must make a life-altering choice-one that could change the world. 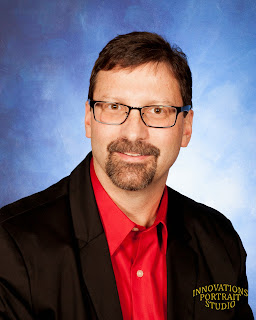 A little about Laurence

While working in the steel industry, my place of employment changed hands for the third time. Fortunately I was able to retain my job.
In the same year my first granddaughter Kendall was born. This was one of the most uplifting moments of my life. It was at this time when I became inspired as well as determined to write my penned-up thoughts on paper.
A few years later, and many hours of writing, editing, revising and re-editing, it was finished.  This journey had many bumps and curves in the road but at the end, it was all worth it. 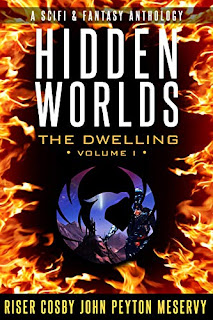