METATRON: The Angel Has Risen (Has arrived)

Twelve-year-old Tyler Thompson has a secret: he's not a "normal" boy. After his father's tragic death, Tyler finds himself in one predicament after another, until one day he and his faithful dog Maxx fall into a cesspool of mysterious green goop.

When his grandfather bestows him with an object not from this earth, Tyler soon discovers he has strange powers. Unfortunately, so does the sinister Dr. Payne.

Together with his best friend Lukas, who also has a special ability, and Maxx, Tyler embarks on a journey to put an end to Dr. Payne’s evil scheme to control the world's children. To do so, Tyler must make a life-altering choice—one that could change the world.


The Kindle edition is on Amazon. You can find my book here: http://www.amazon.com/Metatron-The-Angel-Risen-ebook/dp/B007X5HJ2C
Don't have an eBook, get this free app: https://www.amazon.com/gp/feature.html/ref=kcp_ipad_mkt_lnd?docId=1000493771
Sincerely,
Laurence
at April 26, 2012 No comments:

Hello everyone!
This is my “official” release day announcement!
Please forward this to all your friends and family members. I appreciate it!
I hope you love reading it as much as I loved writing it!
The Kindle edition is on Amazon. You can find my book here: http://www.amazon.com/Metatron-The-Angel-Risen-ebook/dp/B007X5HJ2C
Laurence St. John
Author of Fiction/Fantasy,  Metatron: The Angel Has Risen
Released April 26 (eBook) / May 15 (Paperback) 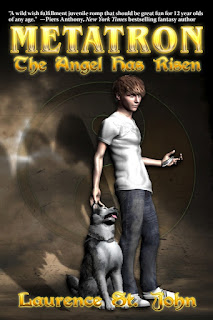 For over 5 years my endeavor has been a dream, today it will become a reality.
Special thanks go out to Cheryl, Paula, Jeff, and Keith who have greatly helped to make this an awesome novel.

Thank-you for all of your patience during this long process. I hope you'll love reading it as much as I loved writing it!!
Sincerely,
Laurence 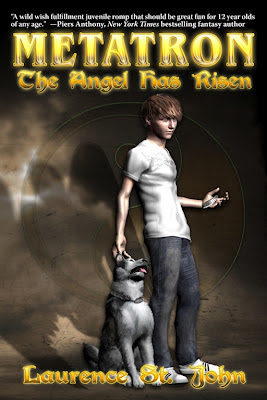 The release date is getting closer. It should be within 6 weeks or so.
Once I have a definite release date I'll let all you you know.